Why the U.S. Needs to Automate Now

The current state of the U.S. labor market speaks for itself. It is estimated that almost 2.1 million jobs in manufacturing could go unfilled by 2030, according to a study by Deloitte and the Manufacturing Institute.

New automation technology can help the U.S. bridge this gap, yet it is still very common to walk on to a small to mid-sized manufacturing floor and only see machinery from before the 90s.

The U.S. market for automation is growing - with 29,000 robots being sold in the first nine months of 2021 alone (Reuters). However, the question lingers: will the adoption of automation happen fast enough to fill the labor shortage? And will manufacturers across all sizes and sectors adopt automation, or just larger manufacturers?

Importance of US Manufacturing

With supply chain disruptions causing stock shortages, delays, and rising prices, U.S. consumers need to be less dependent on foreign production and distribution. Reshoring is already happening with some Pharmaceutical companies moving back to the Carolinas (Forbes). But does the U.S. have the manufacturing capacity for a more substantial reshoring groundswell?

The success these countries have had in their manufacturing growth cannot be understood as a labor issue alone. Many other countries have surpassed the United States in terms of adoption of automation. If we were to call it the robot race, Singapore with 918 units per 10,000 employees is the winner and South Korea is a close second with 868 units, while the U.S. sits at 9th place with 228 units (ISF).

To win in the next era of manufacturing, the United States must invest in technologies that boost productivity, especially for small to mid-sized manufacturers or SMEs. Its workforce controls a large portion of the U.S. supply chain, and has the potential to greatly affect production rates. However, the immense price to purchase automation technology remains one of the many barriers they face in their adoption.

In order to break this cycle of productivity stagnation, we must lower the barriers to entry for SMEs to access top tier automation technology. By partnering with robotics-as-a-service companies, investing in a robotic spot welder, for example, may cost as little as $8 an hour. On the other hand, a human worker would perform the same task, but at an average cost of $25 an hour. Automation technology extends beyond just spot welding, but can cover all kinds of tasks like assembly, packaging, and material handling. According to the Boston Consulting Group, by 2025, 25% of all manufacturing tasks will be automated, driving around 16% in global labor-cost savings (BCG).

If we do not invest in available technology, the United States manufacturing sector will suffer and lose ground to global competitors. We must remember to focus on supporting small to mid-sized manufacturers, an underserved market in the manufacturing industry, to supplement overall growth in U.S. production. The time is now as the landscape of manufacturing shifts and efforts to reshore continue. 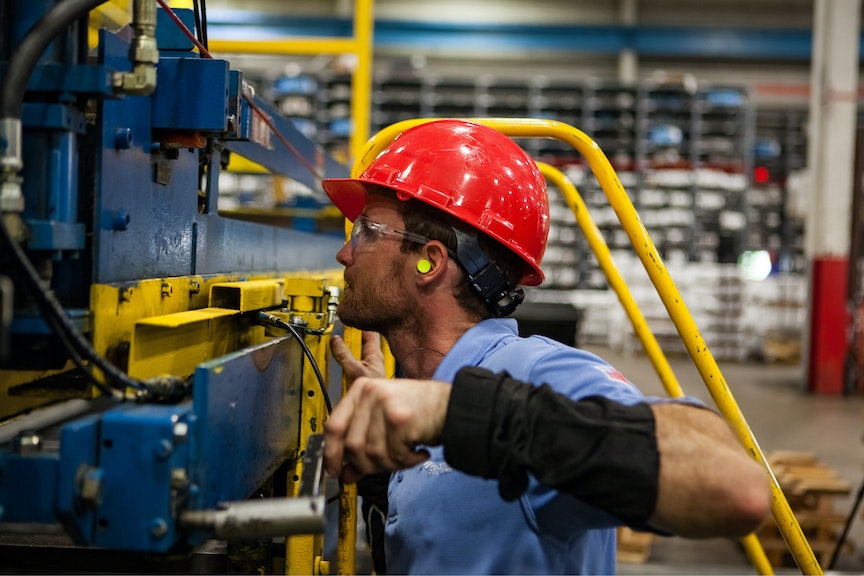