Continuing the Legacy of American Innovation

We didn’t invent automated systems, but we democratized them. Because technology doesn’t change the world until you make it accessible to those who need it most. Automation is a necessity, not a luxury. And our mission is to continue the American legacy of innovation by making it your reality. Our team has deployed over 500 systems, and our 100+ System Integrator partners have more than 5,000 deployments under their belts, making us the ideal partner for any automation job

We've Considered Automation But Did Not Implement

This nation was founded on the defiant idea that there’s nothing we can’t do. When we don’t see a solution, we roll up our sleeves and make one. A legacy we are proud to live up to

Every day, business is built by hand; reliable hands that don’t know the meaning of the word stop. Hands that do what they’ve always done, build solutions

We are that set of hands

Putting robotics in place within your operation. Solving your problems without creating any. We didn’t invent automation. We invented efficient, on-demand access to automation. All science. No friction

Automation is a necessity, not a luxury. Formic continues the American legacy of innovation by making it your reality

Revolutionizing the Automation industry is no easy task, but we have the team to do it

Saman has had a passion for robotics and entrepreneurship since childhood. By age 10 he had disassembled and (often unsuccessfully) reassembled every piece of electronics in his parents house. Saman started his first company at age 14 building custom computers and office networking, and has been enthusiastically finding ways to bring technology to real-world applications ever since.

Prior to founding Formic, Saman was a founding partner of Baidu Ventures, a $600 million technology venture capital fund, Saman also founded Comet Labs, an early stage AI and robotics incubator and investment fund. Across his investment career, Saman has invested and sat on the boards of more than 30 AI & robotics companies. Before becoming an investor, Saman built and sold an ecommerce company and an online video company, and has worked in various roles at companies like Microsoft, Honeywell, and Verizon.

Saman has an interdisciplinary engineering degree from The Cooper Union in NYC, and an MBA from a joint program between Tsinghua University and the MIT Sloan School of Businesses. Outside of Formic, Saman still actively advises and supports other startup founders, does community service and youth mentorship in his neighborhood, and is raising a newborn son.

Misa Ilkhechi leads our sales and engineering efforts at Formic. Misa works with our customers to evaluate their operations and identify applications with the highest potential to automate. He holds a BS in Mechanical engineering from University of Illinois at Chicago and works out of our Chicago office.

Prior to joining Formic, Misa has worked in a variety of sales and engineering roles for companies such as Bosch, John Deere, Ametek and Universal Robots. He has had an active role in consulting manufacturing companies on how to improve efficiency and productivity through automation.

Jack Wagler is responsible for the treasury and financial operations aspects of Formic—across funding, legal, credit and servicing. Jack lives in Charlotte, NC and attended the University of Wisconsin at Madison (with two years of study abroad in Germany and the UK), receiving a JD in law, a MSc in International Business and a BA, with a double major in Political Science and German.

From 2013 to 2019 Jack served as a volunteer Board Member, Treasurer and Vice Chair for two charter schools—a nationally recognized gifted-and-talented school and a start-up STEM high school.

Kyle Kidwell leads the team responsible for assessing automation applications and applying the proper resources to provide a solution. He works with customers to gather requirements and identifies which equipment and partner will be the best fit for developing a turn key solution. Kyle acquired a Bachelor’s of Science in Engineering with a focus in Mechatronics from Colorado State University-Pueblo, which included an exchange year spent at the University of Hawaii-Manoa. He currently lives and works out of Chicago, Illinois.

Prior to joining Formic, Kyle served as an Applications Engineer in multiple companies focused in factory automation. At Keyence, he was responsible for driving sales forward in the Machine Vision Technology Group, through managing marketing campaigns, providing application development support and training employees on product application. He also played an active role in the launching and training of new products that changed the landscape of the industry. After Keyence, Kyle went on to work with Universal Robots as an Application Engineer. Through his knowledge and expertise in factory automation, Kyle enabled customers across a variety of industries to integrate collaborative robotic automation within their production environments.

Outside of work, Kyle enjoys spending time with family, traveling, and spending time outdoors hiking and fishing. He is originally from Colorado Springs, Colorado, where his love of the mountains and outdoors began.

Ben Thompson is part of the Chicago, IL team and is spearheading the development of Formic’s IoT framework in addition to working with the Applications Engineering team to evaluate and implement effective robotic solutions for our customers.

Ben spent four years enlisted in the United States Marine Corps prior to earning his B.S. in Technical Systems Management from the University of Illinois Urbana-Champaign. Ben’s work ethic and passion for engineering landed him as a finalist for the Illinois Innovation Prize – an award administered by the Technology Entrepreneur Center in the College of Engineering to the most innovative student on campus. Directly prior to joining Formic, Ben was working at a Systems Integrator for FANUC Robotics and specialized in research and design, collaborative, and vision-guided robotics. Ben also brings valuable experience from successful early-stage technology companies ranging from autonomous off-road vehicles to agricultural testing devices.

Outside of work, he enjoys fishing, spending time outdoors with his girlfriend and their two pitbulls, and “tinkering” with his electronics. Also, as a Purple Heart recipient, Ben is passionate about finding new and innovative ways to help other veterans returning home.

Malcolm Kerr works across go-to-market strategy, sales operations, marketing, and business operations. He is a recent transplant to the Bay Area, and holds a BA in Sociology and Economics from Colby College, where he spent a semester abroad in Cape Town and ran the campus radio station.

Prior to joining Formic, Malcolm worked in Corporate Strategy, Go-To-Market, and Sales Enablement at Yext in New York City. He had an active role in many business transformation initiatives and product launches as the company scaled rapidly and went public, including but not limited to market research, product marketing, beta programs, and competitive analysis.

Outside of work, Malcolm enjoys playing soccer, camping, watching basketball, music (both listening to, and creating), traveling, and investing. He is originally from Saint Paul, Minnesota, and is a die-hard but constantly disappointed Timberwolves fan.

Brian Granger leads Formic’s credit function. Brian’s responsibilities include reviewing the financial condition of potential Formic clients and monitoring the health of the portfolio as a whole.

Brian began his lending career with the FDIC as a Bank Examiner. He then moved into commercial banking, leading credit departments at two organizations before joining Bank of America as a Portfolio Monitoring Manager, overseeing the health of the commercial loan portfolio. Brian then moved into the Auto Group as a Senior Vice President, overseeing two loan underwriting centers.

Brian and his wife, Tammra, then formed their own company. GoPlaySave is a coupon book sold by groups such as a school PTA as a fundraiser. They have owned GoPlaySave since 2001, and Brian joined the company full time in 2003.

Brian brings both his lending skills and his entrepreneurial and sales experiences to Formic. This combination is somewhat unique and enables Brian to understand not only a customer’s creditworthiness but also Formic’s desire for growth.

Outside of work, Brian enjoys spending time with his family (his wife, his children, and his dogs), golf, skiing, and time in the mountains. His home in Charlotte places him in a major financial community, while keeping him near the Appalachian Mountains.

Gary Young is responsible for the credit and servicing aspects of Formic. This includes credit, documentation, collections and working closely with our third-party servicing provider. He serves as a liaison with senior management to assist on matters beyond his primary responsibilities and works closely with the Credit Officer to develop a unified approach to processing the opportunities for Formic.

Gary lives in Brentwood, Tennessee and is a graduate of Georgia Southern University, where he received his BA degree in finance.

Prior to joining Formic, Gary spent over 40 years working in all facets of commercial lending and leasing, primarily in management roles overseeing multi-billion dollar operations. He co-founded FCC Equipment Financing in 1996 and was Executive Vice President. That business was subsequently sold to Caterpillar Financial Services Corporation where Gary continued as Credit Manager for the western United States.

Gary enjoys spending time with his wife, children and four grandchildren. He is actively involved on HOA committees.

Kaustubh Bhalerao brings over 20 years of experience in software development including design of web platforms, embedded systems, IoT and scientific computing. He is responsible for building the data and analytic infrastructure to monitor robot performance, uptime and utilization for Formic’s fleet of robots.

Kaustubh holds a PhD in Engineering from The Ohio State University and was a tenured professor at University of Illinois at Urbana-Champaign from 2005 to 2020. As faculty, he pioneered several nationally- and internationally-recognized projects in the areas of bionanotechnology, informatics and instrumentation. In 2015 he started Soil Diagnostics, Inc., to commercialize some of his research in software and automation.

Kaustubh lives in Champaign, IL along with Jessie and their four children. He enjoys studying ancient Sanskrit literature and is an avid weightlifter with over 1000 lbs total on the squat, deadlift and bench press. 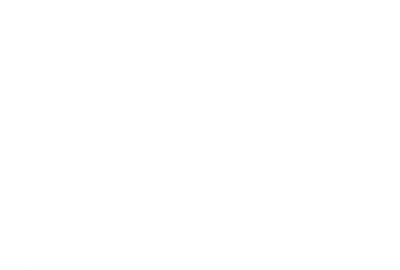 We have experience working with all of the leading providers of robotics equipment across a broad range of tasks:

Want to join the team that is revolutionizing the automation industry?

Your submission was successful!

Look for a reply from our team in the next few days.